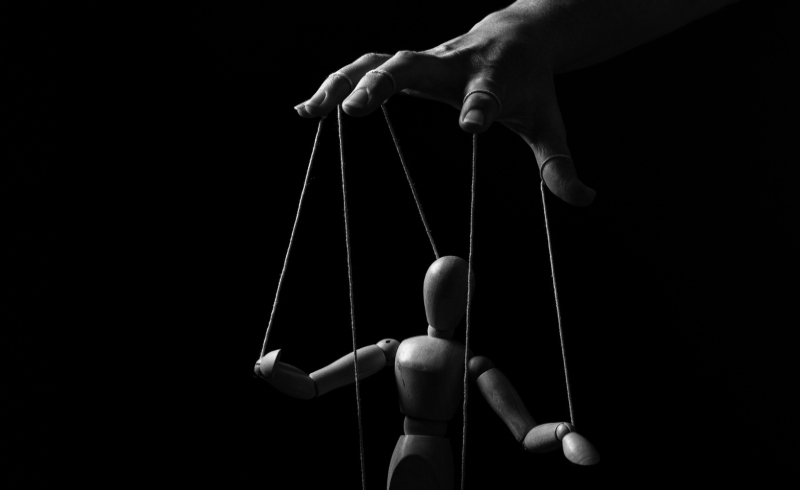 The thought processes of many young children are quite remarkable before they are fully socialized to incorporate society’s conventions. At the age of five or six, for example, with innocence and honesty, they maintain clear critical faculties before these tend to fade at each consecutive level of socialization in acceptance of dominant hegemonic ideologies.

I remember my five-year-old self asking my mother: “Mommy, how can people be beside themselves? That’s kinda creepy. Is it magic?”

My mother tried to explain to me that “it is just an expression. It doesn’t really mean that people are actually beside themselves. It means that people are upset when they say it.”

“So why don’t people just say they are upset?” I responded.

All these many decades later, I am grateful that a certain part of my childhood mind and critical consciousness have remained with me. This has allowed me to expose things merely taken for granted by many people and to make the invisible known, at least to myself.

Placing myself in those earlier times, I can imagine some of the critical questions my five-year-old self might ask today:

Why does “Mankind” represent all people, but “Womankind” only represents women?

Why is it acceptable for men to wear “Kilts” or “Kaftans” but not to wear “Skirts” and “Dresses”?

Why is it called “the PGA” for men, but “the WPGA” for women?

Why are males still socially thought of as “the Stronger Sex” but women as “the Weaker Sex”?

Why is it acceptable for men to go naked to the waist in public but not the same for women?

Why is it permissible for women to dress in formal wear with uncovered shoulders and breast cleavage showing but men are usually covered to the neck?

Why is it generally appropriate for men to wear ties and dress in drab colored clothing while women can dress in brightly colored outfits?

Why is the word “Dress” used so many ways: as a verb (“To Dress”) and as a noun (“A Dress”), but still only females are given social approval to wear “A Dress”?

Why are there “Astronauts” and “Female Astronauts”?

Why are there “CEOs” and “Female CEOs”?

Why are there “Nurses” and “Male Nurses”?

Why do most people find it necessary to know, for certain, the sex assigned to people at birth that they meet, and they feel uncomfortable if they are uncertain?

Why do heterosexuals have “Lives,” but LGBTQ people have “Lifestyles”?

Why are some young people called “Children” and others are called “Illegitimate”?

Why are some young people called “Children” and others are called “Bastards”?

Why are young people merely considered as “Our Future” and not usually as “Our Today” as well?

Why are some older people called “Seniors” and others are called “Old Maids” or “Confirmed Bachelors”?

Why are some people just called “People” and others are called “Illegals”?

Why do some clothing brands still market one of their color choices as “Nude” or as “Flesh” representing shades of beige?

Why did or how could the U.S. government have referred to Indigenous people in the oxymoronic term of “Domestic Foreigners” even though they have inhabited this land for over 15,000 years?

Why are some people and groups considered in the generic term as “Terrorists” while others are considered as “Islamic Terrorists”?

Why do some people warn of “Islamic Sharia Law” while simultaneously imposing their own form of “Christian Law” through legislation and judicial decisions?

Why are the Jewish Bible, the Christian Bible, and the Quran considered as the “Words of God” within their respective religions, but Ancient Greek, Ancient Roman, Ancient Egyptian, and all Indigenous religions and spiritual systems considered as “Myths” or “Superstitions”?

Why, or is a society really “Free” with the so-called “Freedom” not to vaccinate against highly infectious, dangerous, and deadly diseases?

Why, or is a society really “Free” with the so-called “Freedom to Bear Arms”?

Why do they call themselves the “Freedom Caucus”? How can they promote “Freedom” by trying to take away other people’s “Freedom” of thought, economic security, democratic principles and institutions, and the right to control their own bodies?

How can anyone actually “Make America Great Again” when the country has not yet attained its potential for “Greatness”?

Who are the “They” that get to decide what is “Normal” and “Natural”?

Why do people generally construct reality and think in terms of “Binaries” or in only “Two Choices” in labeling themselves and others when the universe presents an unlimited and diverse array of marvels to behold?

Need more info? A complete list of benefits is here.

The post Binaries and the Invisibility of Dominance, Please Tell Me Why…? appeared first on The Good Men Project.