Between Sunday nights Oscars and New York Fashion Week (NYFW) there was an abundance of beauty looks to inspire me as I was scrolling through my timeline this weekend. One particular standout that garnered a double-tap was an image from the Christopher John Rogers Fall/Winter 2020 runway show (and all the photos that followed).

The collection was a beautiful array of ball skirts and other elaborate designs in different fabrics and colors. But it was the natural hair target="_blank" rel="noreferrer noopener" aria-label="major drama erupt within the community (opens in a new tab)">major drama erupt within the community, it was refreshing to have my senses enveloped in this dose of positivity and display of Black excellence.

The legend and my eternal muse, @abamfraseewur in a Candy Corn Orange silk dupioni tiered ball skirt and caped blouse for #christopherjohnrogers FW2020.

A post shared by Christopher John Rogers (@christopherjohnrogers) on Feb 9, 2020 at 1:39pm PST

Black beauty from the Black gaze is rare in the fashion and beauty industries, even in a post-Fenty world. Changes are coming slowly, but theres still so much work to do, as evidenced by the ghastly wigs at the recent Comme des Garcons mens runway show and the lack of understanding as to why they were problematic. But this show was having none of that, as lead hairstylist Naeemah Lafond put Afro-textured hair at the forefront of the show. 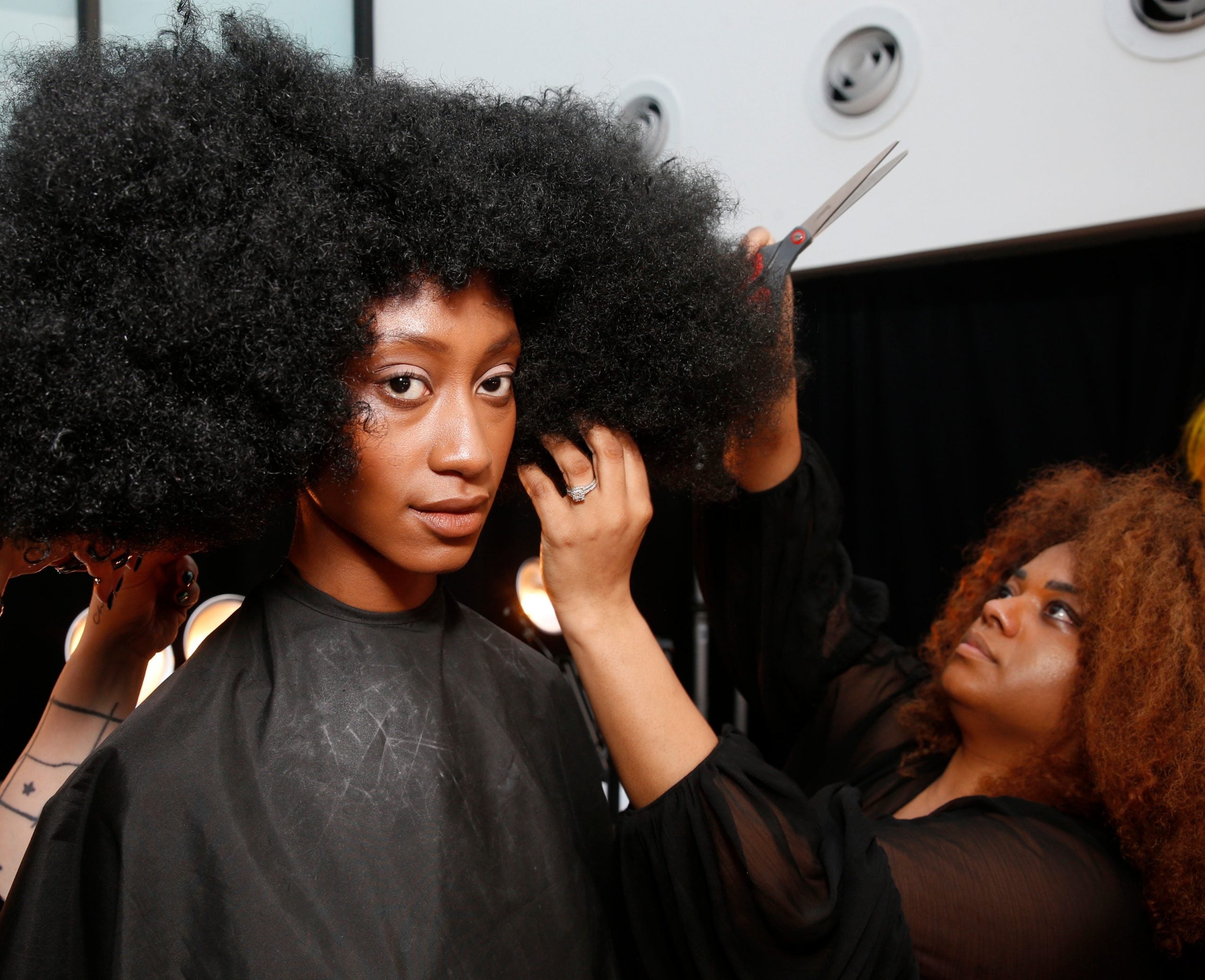 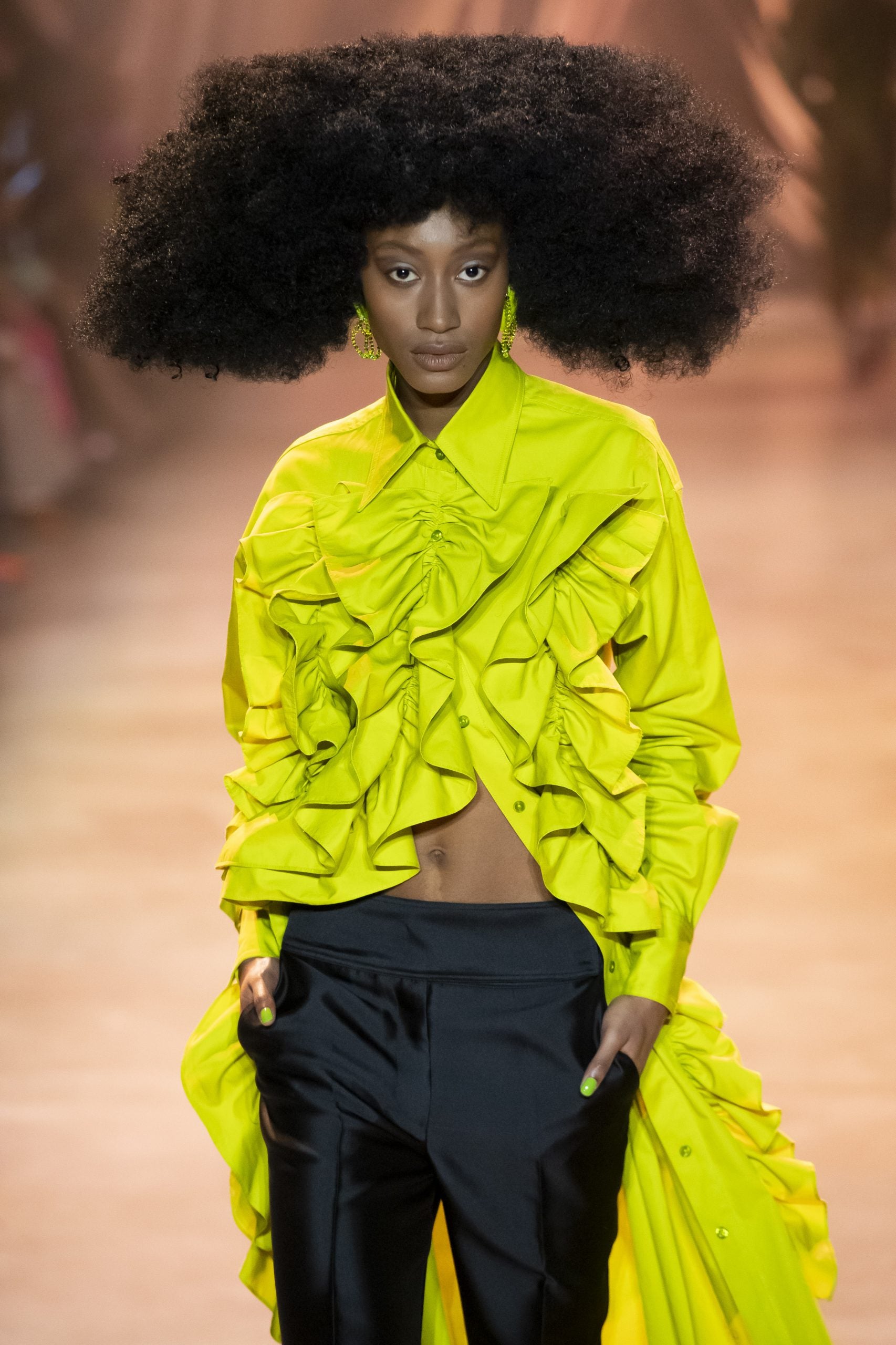 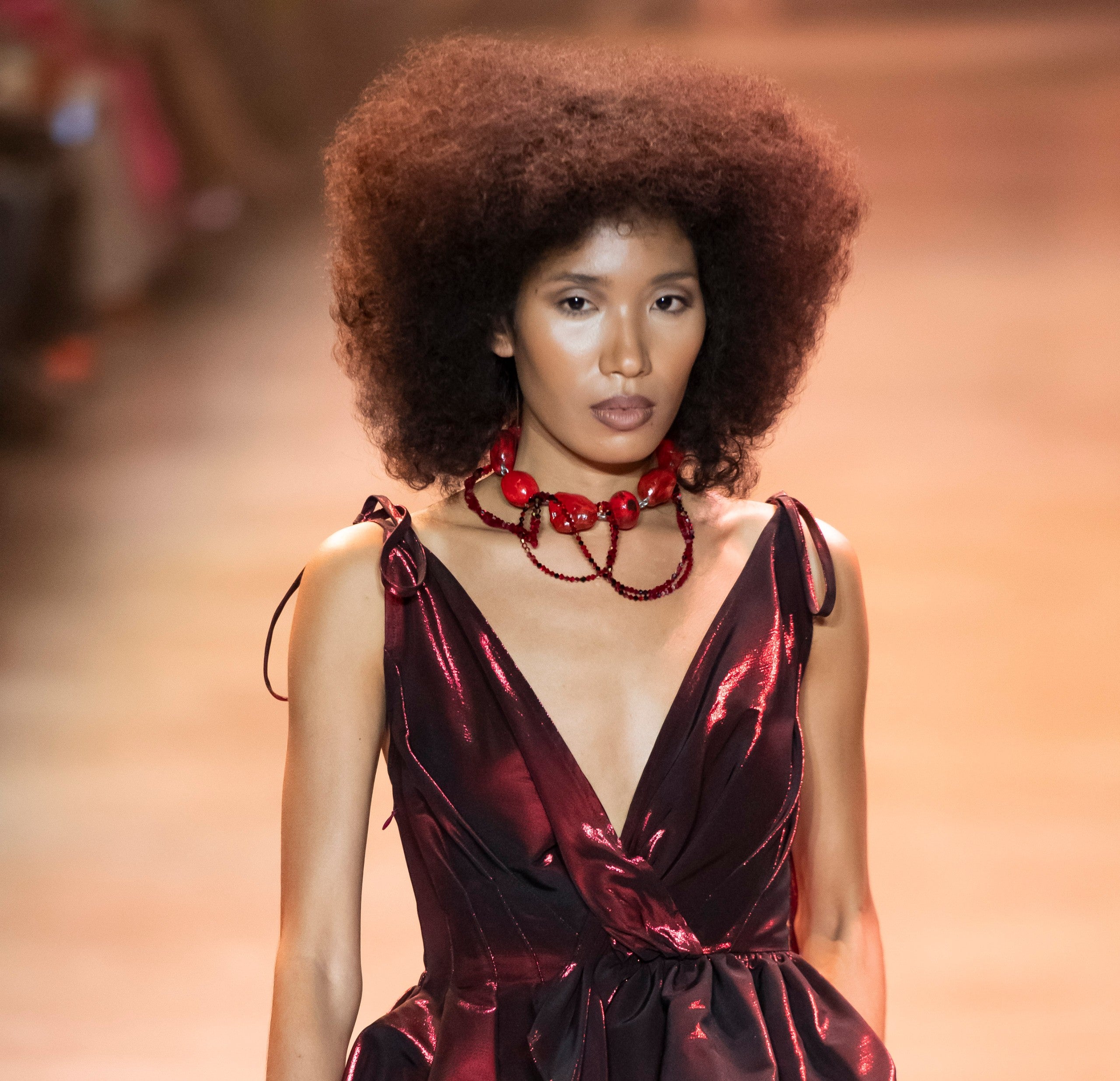 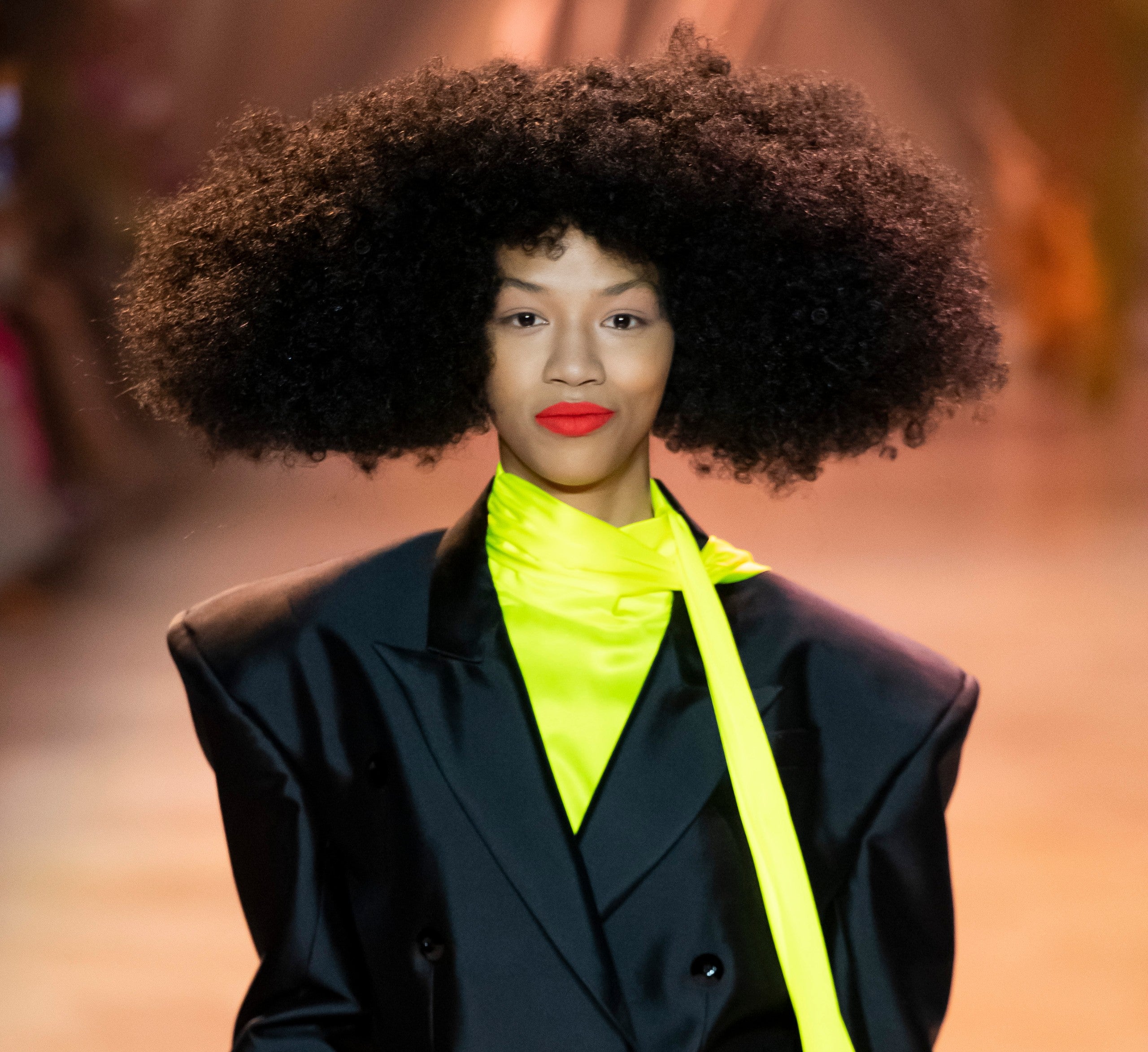 Black artists putting Black hairstyles on Black models for a Black designers show might not seem like a big deal to some, but for someone who rarely sees themselves in every aspect of a production, its important. The different geometric shapes of the Afros and curls went from subtle to larger than life and everything in between. The Black on Black on Black was unapologetic and uplifting, and it reminded me that this is exactly the time to be all of those things and celebrate it.