Title: Where is the theme hiding?

For all the "new" people to the blog you are in for a real treat. Don "HARD G" Gagliardo was the magical mentor who opened Zhouqin's eyes to her skill as a wordsmith even though she is still not comfortable speaking English in public. But she creates wonderful, exquisite puzzles using many forms of knowledge from personal to arcane. Today's theme is...? After 11+ years I seldom hesitate in my recognition of a theme, but today I needed to use my "phone a friend" options to pinpoint and confirm what was going on. It was like having a thought on the tip of your tongue...

32A. Abstract concept, space needle: ABSTRACT, CONCEPT ARTS,  AND SPACE, NEEDLE CRAFTS (13). This sounded better even if I do not know concept art.

59A. Pepper jack, gold dust: PEPPER, JACK POTS.  AND  GOLD, DUST PANS (11). This group also seeemed inconsistent but I am ready to get to the rest. Thank you for all you help

I am now off tothe races

1. Boxing legend Pacquiao: MANNY. He has held 8 world boxing titles and is still fighting at 42.

10. Dad __: BOD. I knew it was going to be all right when I plunked this in immediately.

13. Roman playwright who advised Nero: SENECA. I told you guys all those years of Latin helped.  When Nero became emperor in 54, Seneca became his advisor and, together with the praetorian prefect Sextus Afranius Burrus, provided competent government for the first five years of Nero's reign. Seneca's influence over Nero declined with time, and in 65 Seneca was forced to take his own life for alleged complicity in the Pisonian conspiracy to assassinate Nero, in which he was likely to have been innocent. Per wiki.

18. "I like that!": YUM. Is it Onomotopoeia or from the Sanskrit YUM? The word has been in dictionaries since the late 1800s.

19. Recording session rarity: ONE TAKE. That depends on the budget and the Producer.

22. Swimming aids: FINS. I never found them easy to use.

23. TV forensics letters: CSI. Crime Scene Investigations. There is a revival coming for the fall 2021 SEASON.

27. Mushy ground: FEN.  FENway Park, which was named by then Red Sox owner John I. Taylor who claimed the name Fenway Park came from its location in the Fenway neighborhood of Boston, which was partially created late in the nineteenth century by filling in marshland or "fens."

28. Los Angeles birthplace of astronaut Sally Ride: ENCINO. No way I knew this trivia but perps to the rescue.

31. Scandinavian demonym: DANE. One from Denmark, as it is the name used for the people who live in a particular country, state, or other locality. For example, demonyms for the residents of Michigan are Michigander and Michiganian but not Michiggenuh.

36. Game for an "it" girl?: TAG. Very cute, not relating to the showbiz it girls, just the kids game.

44. "This looks like trouble": UH OH. There is no known origin story.

46. Letters before an alias: AKA. Also known as.

49. Acidic, in Germany: SAUER. Kraut became a popular insult to Germans in WWI.

51. "Snowpiercer" channel: TNT. I knew nothing of the book, movie or SERIES but three letter channels are limited.

63. Lake fed by the Detroit River: ERIE. Oh goody, another was to clue the Lake.

64. London-based tea giant: TETLEY. A fascinating history of tea and the COMPANY.

66. Mardi Gras follower: LENT. This year it began on February 17(Ash Wednesday) and ended on April 3, the day before Easter.

Down:
1. Nasty sort: MEANIE. Not George.

3. Cardinals' homes: NESTS. I thought they came from St. Louis.

4. Sports org. that evolved from one created under Teddy Roosevelt: NCAA. The Intercollegiate Athletic Association of the United States (IAAUS), now known as the National Collegiate Athletic Association (NCAA), was formally established on March 31, 1906 to reform the rules and regulations of college sports. Early football games often resulted in injury and even death, prompting some colleges and universities to close their football programs. The reforms were encouraged by President Roosevelt in 1905, after his son was injured while playing football for Harvard.

10. Herb from the laurel tree: BAYLEAF. Be careful which Laurel Tree. LINK.  We always had Mountain Laurels in our yard- no no! The use of the leaves as a spice goes back to Roman Days where it was treasured and part of an...

12. Downgrades: DEMOTES. Start with your basic PROMOTE and add "DE" take away "PRO."

21. Gerontology focus: OLD AGE. Gerontology is multidisciplinary and is concerned with physical, mental, and social aspects and implications of aging. Geriatrics is a medical specialty focused on care and treatment of older persons.

28. Mediterranean tourist site: ETNA. Why go to an active volcano? 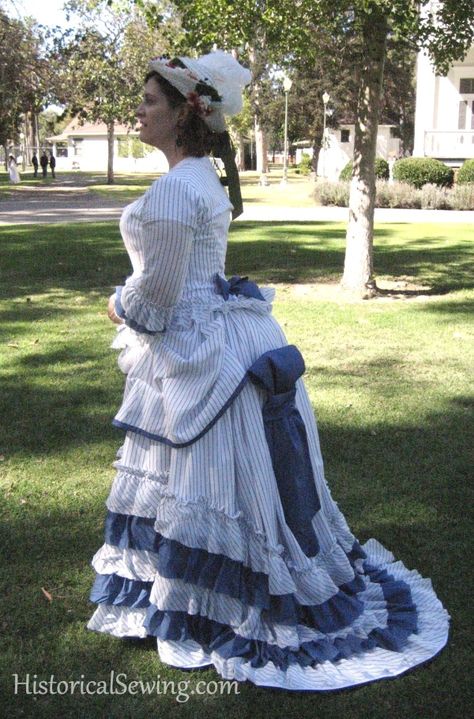 47. Vacation rental?: KENNEL. Board the pets while you go frolic.

50. Ward off: REPEL. So if you want the guy across the bar to pay attention you would PEL him?

52. Recycled item: EMPTY. You are supposed to empty them, but do you wash them?

56. Pro fighter: ANTI. Not a boxer just and ideologic opponent.

61. Math group: SET. Like my algebra teacher has a nice set?

Golly, all over already and I did get to say what I wanted. Great puzzle and fun wriing
See ya Lemon out 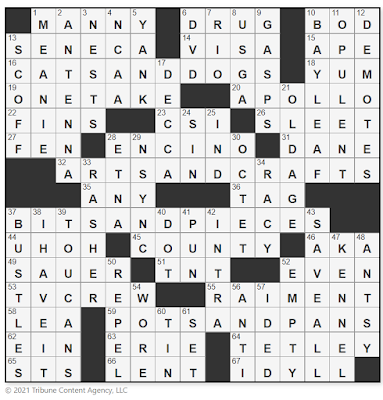