Campaign finance experts say those expenditures the New York representative-elect reported stood out for a key reason: They are one penny below the dollar figure above which the FEC requires campaigns to keep receipts.

Those expenditures are among a number of oddities contained in the FEC reports of Santos, the Republican who won a seat in Congress in November and in recent days has faced scrutiny over a series of false claims about his family history, work history, education and more.

Santos’ FEC reports contain a number of unusual expenditures, including exorbitant expenses on air travel and hotels, particularly in Miami, and $10,900 in what are listed as rent payments to the company Cleaner 123. The company’s address is a house on Long Island, and The New York Times, which first published a story on Santos’ campaign finance filings, reported that a neighbor said Santos had been living there for months.

However, Ryan said, the consistent appearance of $199.99 charges effectively shows that Santos knew about the threshold he was attempting to skirt — potentially inviting Justice Department scrutiny and criminal penalties.

“My view is a bunch of expenditures right below legal requirement for the committee to keep receipts is evidence that he knew what he was doing,” Ryan said. “If in fact he did misuse campaign funds, this was a blatant effort to evade detection.”

Dozens more expenditures are close to, but just under, the $200 threshold, FEC records show.

Joe Murray, a lawyer for Santos, did not respond to CNN’s request for comment. In a statement to The New York Times, Murray said: “Campaign expenditures for staff members including travel, lodging, and meals are normal expenses of any competent campaign. The suggestion that the Santos campaign engaged in any irresponsible spending of campaign funds is just ludicrous.”

The biography that Santos touted as a candidate appears to be at least partly fictional. Santos, in interviews with WABC radio and the New York Post earlier this week, admitted to lying about attending Baruch College and New York University as well as misrepresenting his employment at Goldman Sachs and Citigroup but claimed he hadn’t committed any crimes.

Federal prosecutors in New York are investigating Santos’ personal finances, a source familiar with the matter told CNN, amid questions about his sudden wealth and loans of more than $700,000 that he made to his campaign.

CNN confirmed reporting from The New York Times that Santos was charged with embezzlement in a Brazilian court in 2011, according to case records from the Rio de Janeiro Court of Justice. However, court records from 2013 state that the charge was archived after court summons went unanswered and they were unable to locate Santos.

In the interview with the New York Post, Santos denied that he had been charged with any crime in Brazil.

“I am not a criminal here — not here or in Brazil or any jurisdiction in the world. Absolutely not. That didn’t happen,” Santos said.

Still, Santos flipped a Democratic-held seat, helping Republicans win a narrow House majority. And he is set to take office on January 3.

House Republican leaders have not acknowledged the controversy swirling around Santos. House GOP leader Kevin McCarthy, who has not returned CNN’s requests for comment about Santos, has been focused on trying to secure the votes for the speakership next month. That task became harder after Republicans won a narrower majority than he had hoped, a slim margin that will empower the conference’s most extreme members. Asking Santos to step down could cost him a vote in his already tenuous quest to reach 218.

Amid the avalanche of revelations of ways in which Santos lied about his biography, many of those who voted for him in his Long Island-based New York 3rd Congressional District say they would not support him again.

Jack Mandel, a Jewish community leader who voted for Santos after meeting him twice and believing he was a kind, fresh face, said he “couldn’t in good conscience” vote for Santos again if he had to do over.

He pointed to Santos misrepresenting himself as Jewish and falsely claiming his grandparents were Holocaust survivors.

“Once someone lies to me, I can never trust that individual again,” he said. “The Holocaust is something that touches the heart of every Jew and someone that would use that as a talking point as a vote getter, I think is wrong.”

Teodora Choolfaian, a Nassau County mother, said she voted for Santos in part because of his positions on Covid-19 measures in schools. But this week she attended a rally organized by state Democrats to call on him to resign. She said Santos is a “fraud.”

“The whole person that he created and the ability to deceive us is just so troubling,” she said. “This man should not be allowed to be in office and we all know it. I want to assure you the Republicans know it too.”

However, some Republicans in New York said they were not dropping their support for Santos.

Tom Zmich, a former congressional candidate in the neighboring 6th District, said Santos is a friend of his and “hasn’t done anything wrong, as far as legality wise.”

“He admitted he lied. And most Christian people believe in forgiveness. Maybe not forget, but move on,” he said. “Let’s see what happens.”

One significant campaign donor, who requested anonymity to speak freely about his experience with Santos, told CNN on Thursday that he had been connected with Santos after GOP Rep. Elise Stefanik of New York introduced them. “She asked me to talk to him when he first ran,” he told CNN.

This donor plans to speak with both Santos and Stefanik.

“I liked George,” he told CNN, but “I’ve got to confront him — I don’t need any skeletons in my closet.”

Stefanik’s office did not respond to CNN’s request for comment.

Although the donor initially “sensed” that Santos came across as an “embellisher,” the donor believed that Santos’ “heart was in the right place.” Santos allegedly told this donor that he worked at Goldman Sachs and would “always talk about the big deals he’d done.”

Another person who interacted with Santos at fundraising events told CNN that when he met Santos, he “thought he was a little fake-it-till-you-make it guy. … He was making these claims like he was a financial whiz.”

This person, who also requested anonymity to speak freely about Santos, told CNN he has been in contact with the representative-elect, and shared text messages from December 22 in which Santos claimed he has been in touch with the Office of Congressional Ethics.

“I’ve been in touch with the office of congressional ethics and anything they want they have,” Santos told the person in a text message shared with CNN.

It is unclear whether Santos has been in touch with the Office of Congressional Ethics, and if so, who initiated the contact. Santos made the comment in an exchange in which he appeared to be trying to assuage a concerned donor.

CNN has reached out to the OCE requesting confirmation. The office investigates complaints from the public and could refer the matter to the House Ethics Committee — potentially the first step toward a congressional investigation of Santos.

Santos’ office has not responded to CNN’s repeated requests for comment.

Another campaign donor, who similarly requested anonymity to speak freely, told CNN on Friday that she “of course is shocked” following the news of the congressman-elect’s alleged deception and feels “betrayed and lied to.”

The donor explained that she had supported Santos because he was the frontrunner in her local race, and, “I had no reason to think that he would have done what he did.”

“I usually have fairly good instincts, but he was just good at this!” she told CNN.

She said she doesn’t understand why he would make up these claims.

“It is one thing to embellish, and the work experience alone doesn’t disturb me as much,” she said. “But to make up heritage — that is unspeakable.” 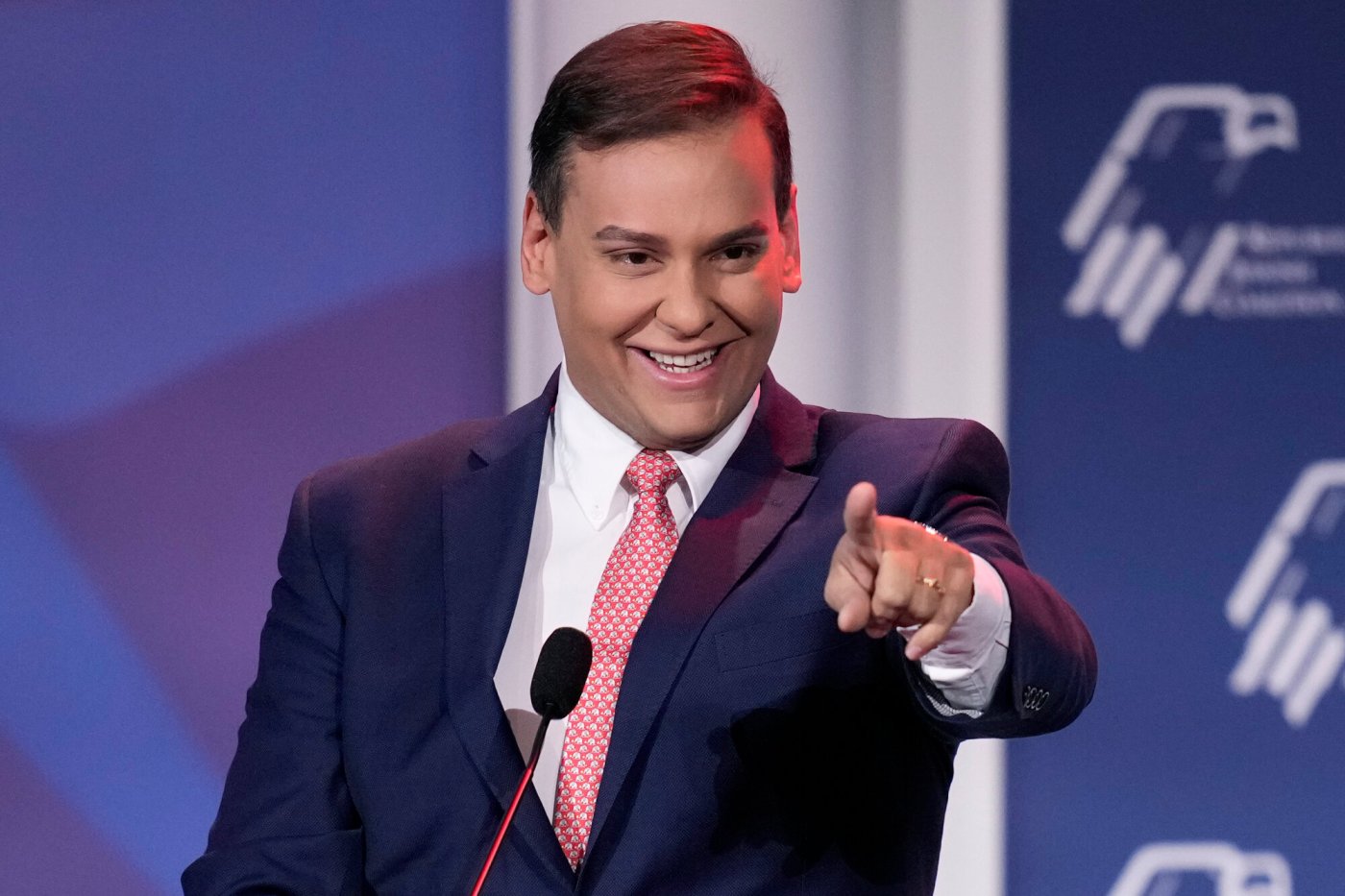