And now, Words and Their Stories, from VOA Learning English. For many, many years, different cultures and religions around the world have used snakes as symbols. Websites such as History.com and Encyclopedia Britannica tell us about snake symbolism in ancient cultures. They say the image of a snake meant fertility and rebirth for some native American groups, as well as people living in ancient Greece and Egypt. One ancient symbol of eternity is a snake eating its own tail. This image was found in the burial place of King Tutankhamun, also known as King Tut. He served as Egypt’s ruler over 3,300 years ago. A serpent was an important god for ancient Mayans. And the Aztec earth goddess – both creator and destroyer – is represented by a serpent wearing a skirt of snakes. Serpents are also important in both the ancient Norse and Chinese cultures. Encyclopedia Britannica notes that in Baltic traditions, running into a snake was considered good luck. And it was bad luck if you killed one. However, in some religious traditions, a serpent tempted Eve -- the world’s first woman -- to disobey God by eating forbidden fruit. This got her and Adam -- the world’s first man -- expelled from the Garden of Eden. So, snakes were important in many cultures. Sometimes they represented creation. At other times, they represented good and evil and sometimes just evil. Now, as you just heard, sometimes we call snakes “serpents.” A serpent sounds bigger, more threatening, and even more important than a snake. You can call a serpent a snake when talking about ancient symbols. But it does not work well the other way. If you saw a snake moving on the ground, you would not say, “Hey look! A serpent just slithered under that rock!” We often use the word “slither” to describe how a snake moves. In the English language, snakes have a bad reputation. A person described as a “snake” is a liar. He or she acts like a friend to your face but then does something terrible behind your back. A snake is someone you thought you could trust, but they end up biting you in the end. People who act like your friend, but who want to hurt you instead, are a hidden danger – just like a snake in the grass. Although snakes have a bad reputation, in nature they really want to avoid human contact. Some snakes live in tall grass, often hidden from people and animals. But if you walk too close, one might bite you. So, in that way, snakes are dangerous. The same can be said of a person who acts like your friend.    And that’s the end of this program. Join me again next week for another Words and Their Stories. We leave you with this warning: Be careful! Don’t get bit by a snake in the grass. Until next time … I’m Anna Matteo. You were there in the garden Like a snake in the grass I see you in the morning Staring through the looking glass ...   Anna Matteo wrote this for VOA Learning English. George Grow was the editor. The song at the end is “Dear Hate” sung by Maren Morris and Vince Gill. ________________________________________________________________   Words in This Story   symbol – n.. an action, object, event, etc., that expresses or represents a particular idea or quality eternity – n. time without an end serpent – n. literary : a usually large snake skirt – n. a piece of clothing worn by women and girls that hangs from the waist down tempt – v. to cause (someone) to do or want to do something even though it may be wrong, bad, or unwise forbid – v. to order (someone) not to do something : formal : to say that (something) is not allowed slither – v. to slip or slide like a snake reputation – n. overall quality or character as seen or judged by people in general behind your back – phrase without someone's knowledge : in secret​ 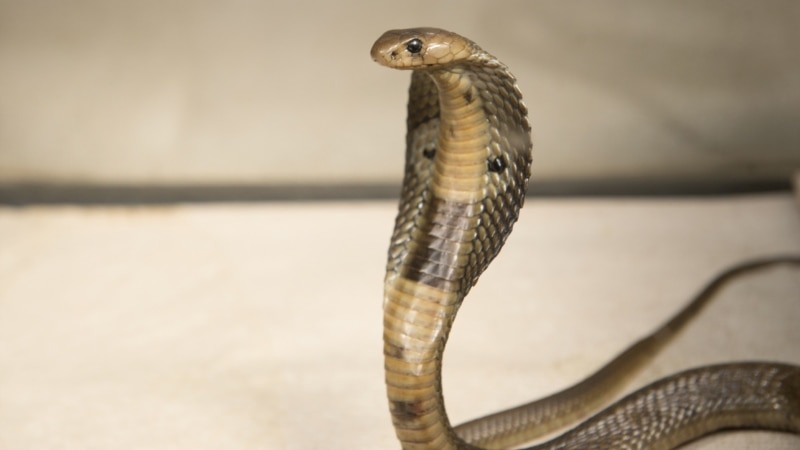 Clémentine MacNeice has us wanting to update our wardrobe with some vibrant red pieces
June 07, 2020